A Good Day for Yoga

Not sure if it has made national news, but if you live in California you’ve likely heard on the radio that yoga was ruled as a form of exercise, not religion in Southern California schools. This is exciting news for me as I figure out how to integrate yoga into my classroom. I still plan to call it something else, but at least there is some backing for the idea that it can be taught in a secular fashion.

And, in less-exciting-to-you yoga news, my husband gave me a new yoga book today and promised he would start participating in home yoga with me. I’m thrilled! If you’re new to my blog thanks to Kozo’s kind repost, welcome. I’m a little obsessed with yoga and what it can do for peace, both mental and physical. 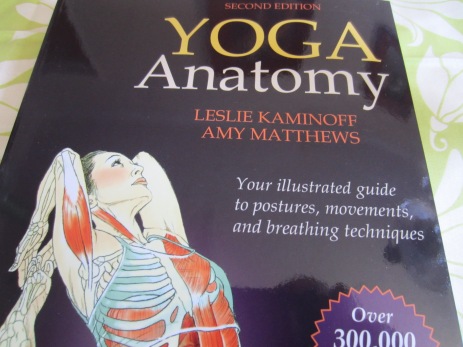 Very excited for my new book and the potential to use more yoga in my classroom.

This week I was startled by the revelation that some people feel yoga challenges Christianity. As someone who has taken classes in all kinds of studios, this thought had never occurred to me. Even with Yoga’s Buddhist and Hindu roots, I have never once heard talk of God in a yoga class.

Instead, I have found deep spaces of quiet to reflect on who I am and connect with myself, both mentally and physically. While yoga is becoming more and more a part of who I am, its influence is through quieting the mind into a space of mindfulness, not through guiding me to surrender any of my core beliefs.

So why does it matter to me that some Christians are bothered by yoga?

The answer is simple. I want to teach yoga in my classroom, but I teach some deeply religious children with families sensitive to anything that might challenge their beliefs. It has already been suggested that I keep the word yoga out of what we’re doing. To me, it’s more important that I give my students a physical outlet for their stress than any sort of label. Still, I cannot help but feel bothered that this is the case. Yoga is powerful and I want to share it with my students in a way that helps to dispel misconceptions.

The little yoga that we’ve done this year has calmed them. Our contests of who can hold tree the longest provide quiet moments of concentration that connect my students with both their minds and bodies. Our breathing and visualization exercises have given them the strength to overcome anxiety in both social and academic situations. Multiple times in the past couple years, I have caught my students using our brain break techniques on their own to relax their minds. Jesus or Buddha has had nothing to do with it.

A friend came and talked to me after school today. She is deeply religious and I knew she would be able to help me understand. I told her how I wanted to do more yoga with the kids but was just beginning to understand what I was up against. She admitted she once felt the same way but then attended a yoga retreat with a minister friend and realized it was a way to connect with herself and her beliefs, not a call for change. Another childhood friend teaches “holy yoga” for free at her church. Clearly both can exist together, but people who do not know are still afraid.

Sometimes I go to a church downtown that honors all faiths. It does not ask you to leave your beliefs at the door, but rather invites Christians, Muslims, Jews, and Buddhists to see how their faiths intertwine and share so many common ideas. This concept puzzles some of my devoutly Christian friends. They cannot understand how Christians can acknowledge multiple paths to God, but the world is full of different faiths. That’s not going to change. We might as well try to understand our differences and find some common ground.

But here’s the real irony, all this religious strife aside, teaching yoga has nothing to do with religion for me. It’s simply the act of connecting body and mind to create a healthier self. The kids respond well to it. Never have I once tried to influence their beliefs. I don’t want to change them, I just want to give them a way to manage the stress in their lives and improve their physical fitness.

For the time being, I plan to continue my endeavor under a different name, but I want to reach the point where yoga mats are welcome in my room. Public schools in many parts of the country have already embraced yoga for kids. I want the same for my students. I leave you with two incredible clips that show how yoga is changing lives for at-risk youth around the country. While the second clip is low quality, looking into the eyes of homeless young people and hearing them talk about how yoga gives them the heat to survive the cold is life changing.