It’s actually sort of an obsession, and I’m really not one to be obsessed with television shows, (in fact, most nights, I don’t watch any).  However, this show hooked me.  It pulled me into its fantasy world:

Watch me, escape from the 21st century, you know you want to…

Really, it’s like Little Women and Pride & Prejudice created a glorious baby.  Even with its occasional writing flaw, (which I can’t harp on too much, since I’m sure my writing is full of a thousand), it’s seductive.  The early 20th century British countryside setting is gorgeous, the costumes amazing, the plot just maddening enough to keep you wanting more.  And, beneath the glitz of all the nobility, it still manages to tell a compelling story of war, class struggle, and the women’s rights movement.

Sadly, Alex and I made it through the first two seasons at a record pace and now I have to wait for the Roaring Twenties to arrive in the fall.  Until then, I invite you to check it out, (season one is streamable on Netflix), and join me in the strange cult following that surrounds this period drama, (I heard about it on Facebook from more than one person before I finally gave in…). 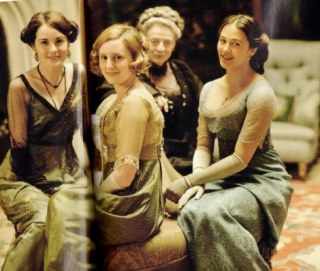 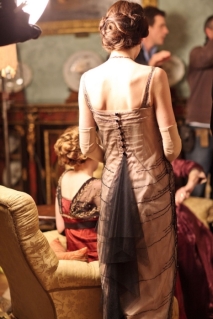 4 thoughts on “A Little Indulgence…”